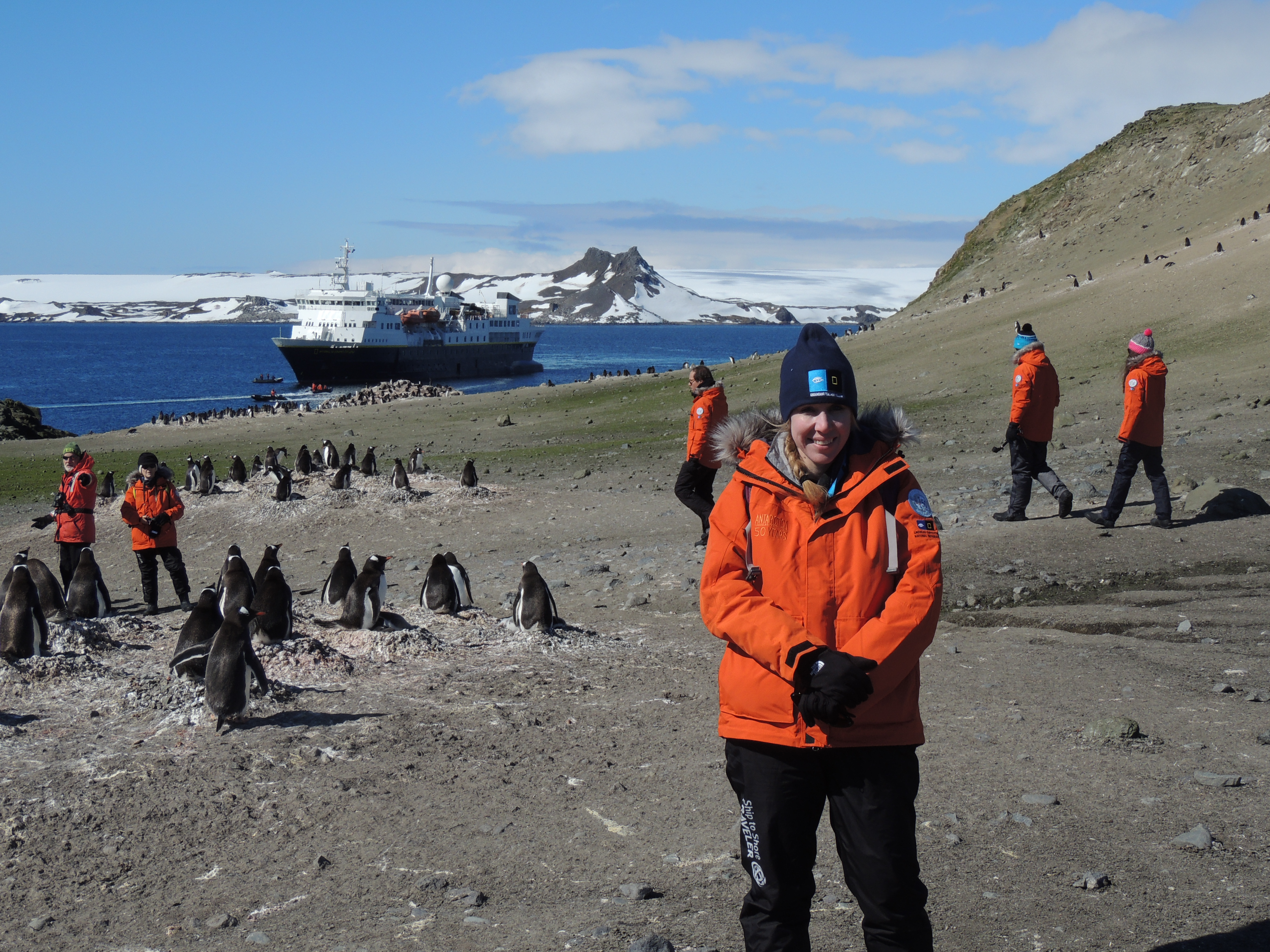 The day began with a plethora of whale sightings from the bridge, shortly after breakfast. Most of these were a brief view of spray as the whales surfaced, followed by a possible glimpse of the pectoral fin. The naturalists on board identified them as smaller Fin Whales. After mastering the art of spotting the whale blows on the horizon, the captain noticed some blows off in the distance, between the ship and a few icebergs.

As we approached the new whale sighting, it became apparent (to the naturalists) that these were not Fin Whales, but Humpback Whales. We watched them for nearly an hour, as they slowly came closer to the boat. At one point, the whales dived and Connor (our naturalist from Ireland) casually said “Ok, who wants to bet where they surface?” The guests made a few jokes about how the whales should surface on this side or that, in front of me, etc. when suddenly I was startled by the whale blow – right next to the boat – right in front of ME – right in front of the railing where I was standing. The moment was pure magic. I was able to see both whales clearly as they surfaced multiple times, putting on an amazing show as they waved hello to our vessel. 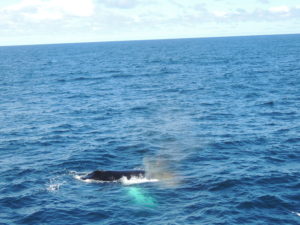 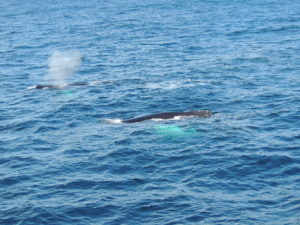 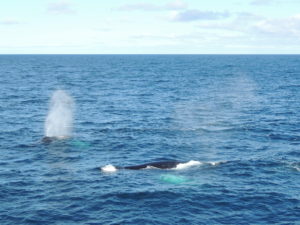 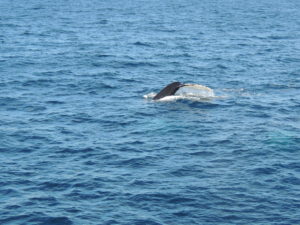 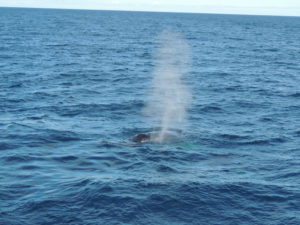 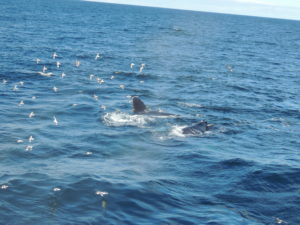 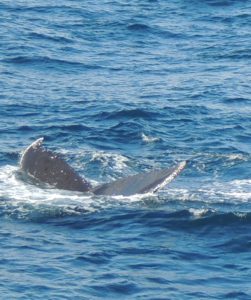 From the magnificent Humpback whale sighting, we headed inside to the Lounge for our mandatory information session about the rules of Antarctica and IAATO. Next it was time to decontaminate. This process is very important to ensure that no new diseases or seeds, etc. are introduced to Antarctica.

Once our gear was decontaminated and ready for the trip to shore, we ventured back up to the Lounge for our Penguin Information Session from Deirdre. We learned about the Chinstrap, Gentoo, and Adelie Penguins and their habits in preparation for our landing on Barrientos, South Shetland Islands that afternoon.

Lunch was quick as we had already dropped anchor at Barrientos and were eagerly awaiting our departure for land (and penguins)! 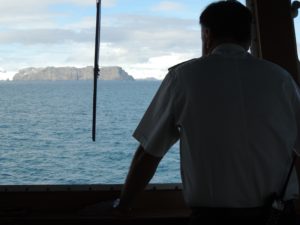 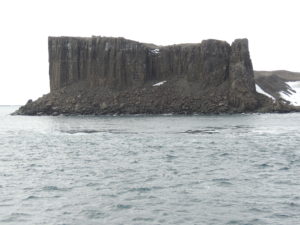 On the island we saw to sizeable colonies of Chinstrap and Gentoo Penguins. There were adorable baby penguins everywhere, along with the menacing Brown Skua. At one point we watched the evil bird snatch an egg and enjoy its contents. I realize it’s just the way of predator/prey relationships, but I am not sure I was prepared for the harsh reality of nature. On the far side of the island we also saw a female Northern Elephant Seal relaxing in the sun. While we were warned that it is often easy to mistake a seal for a rock, I didn’t really think it was possible – but this seal looked very much like a rock. She was still and had covered herself with the black sand of the beach, camouflaging perfectly. 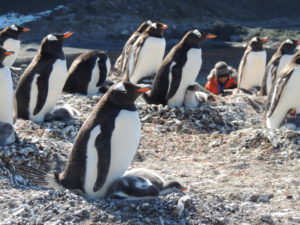 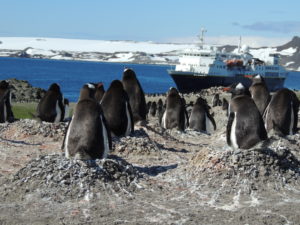 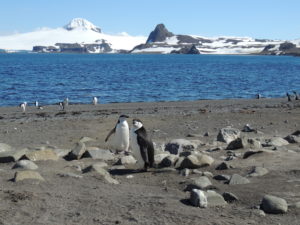 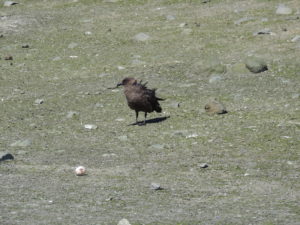 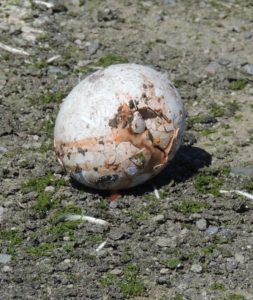 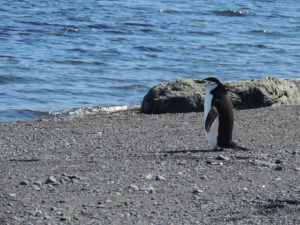 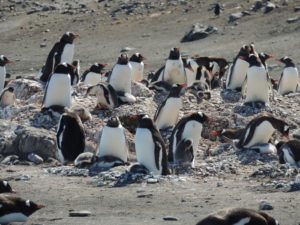 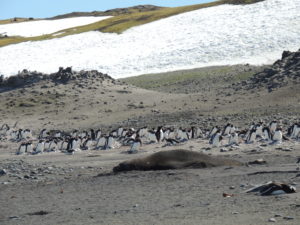 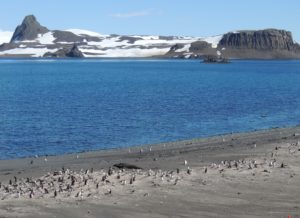 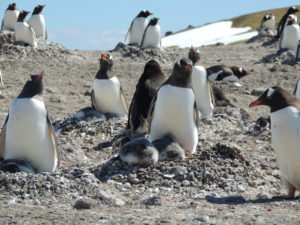 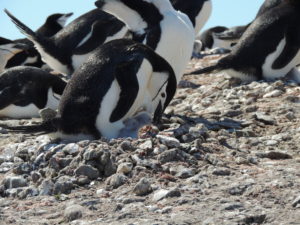 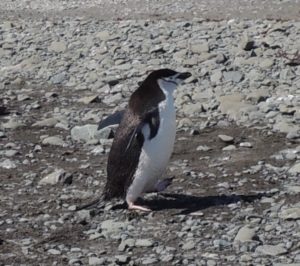 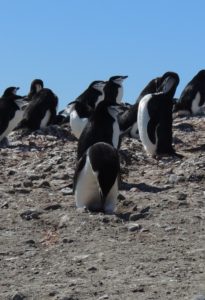 This evening we learned some more about the oceanography of Antarctica as well as receiving a few photo tips from Steve, our photography instructor. We enjoyed steak and lobster for New Year’s Eve dinner and then gathered in the Lounge yet again, this time for a movie. We were introduced to the German classic, Dinner for One, which is actually a British play that was aired in Germany shortly after World War II.  Apparently it is a Christmas Eve (and New Year’s Eve) tradition to view this film in Germany, with several networks airing it nonstop on Christmas Eve. The captain informed us that it was scheduled to air 16 times across Western European television today and is very well known, despite having little or no recognition in the UK. It’s a fun, slapstick comedy that is worth the 20 minute viewing time, especially when you know the story behind the tradition.

Though I was getting weary at this point, I wandered out the Lounge door en route to the Bridge when I saw the most enormous tabular iceberg. We had arrived at our New Year’s destination – there were icebergs everywhere with enormous tabular icebergs on the horizon. The sun was setting (yes, at 10:30 p.m.) and even now at 1:00 a.m. it’s plenty light outside. 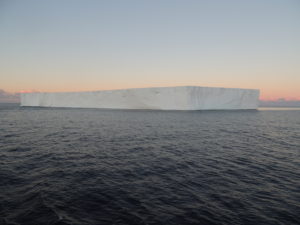 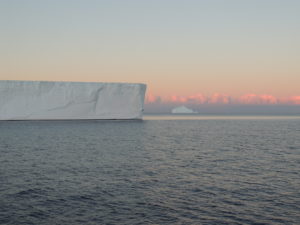 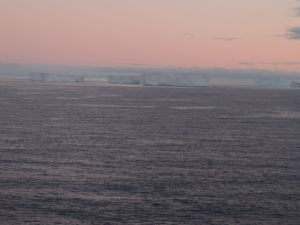 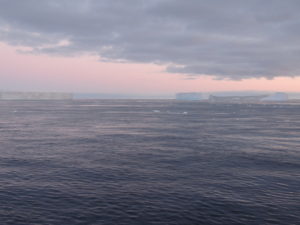 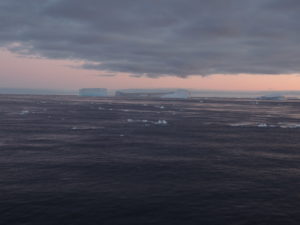 Time for bed – and I just peeked out our porthole to see a large block of sea ice with a lone Gentoo penguin walking across it.  This place truly is magical.

*Note: This post was written while I was on my expedition, but was not posted until after my return so that I could include pictures and videos. Thanks for following my amazing journey!