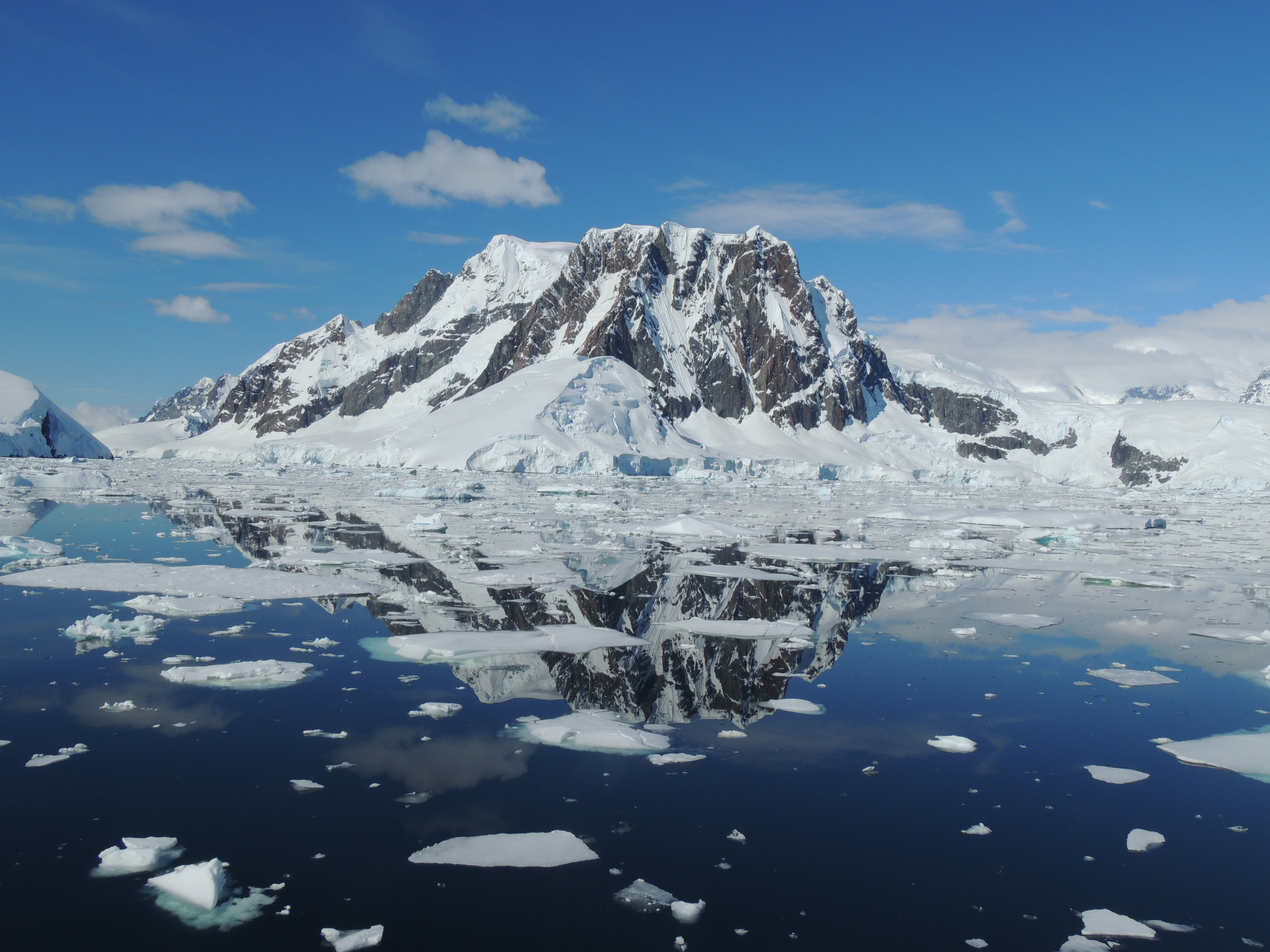 Today I woke up to the sound of ice crunching and slushing against the hull of the ship. When I opened my porthole I immediately spotted a Crabeater Seal hanging out on the sea ice. As the ship traveled we passed several lounging Crabeater Seals and lots of early morning frolicking penguins out the window before breakfast!

We landed at Booth Island directly south of the Lemaire Channel. My first activity was a Zodiac tour among the ice floes where we saw lots of Crabeater seals sunning themselves on top of the ice. 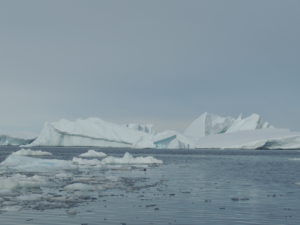 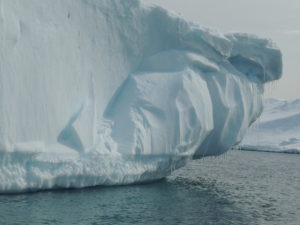 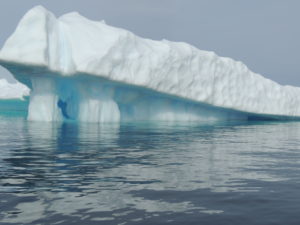 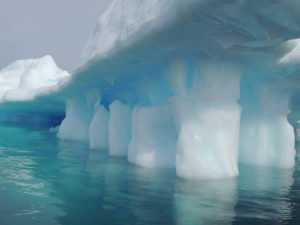 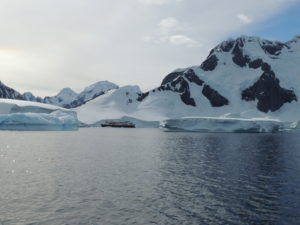 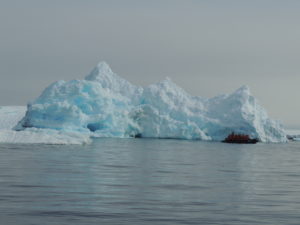 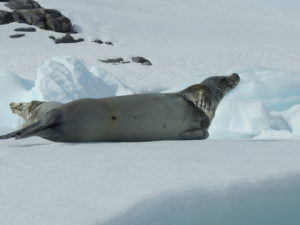 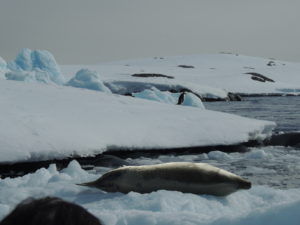 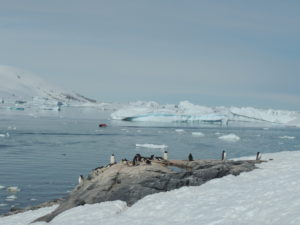 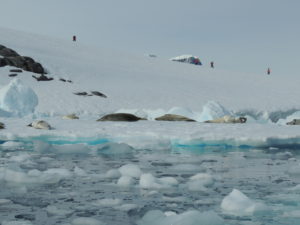 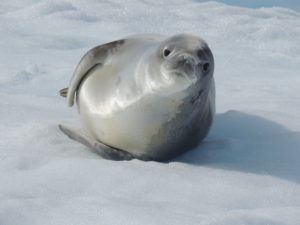 After touring Port Charcot we hiked to the cairn atop one of the mountains on Booth Island. The cairn was built by some early explorers who overwintered there. The cairn is over 100 years old and looks like it was built much more recently than that. The Island is also home to Chinstrap, Adelie and Gentoo penguin colonies, though today I was most enthralled by the Gentoos as they traveled their “penguin highways” between their rookeries and the sea. The majority of these penguins still had eggs in their nests since we are much further south today than our previous penguin colony visits. Since we are further south, the snow and ice melt much later so the penguins start their breeding season a bit later, thus their eggs/chicks are younger than those in colonies further north. 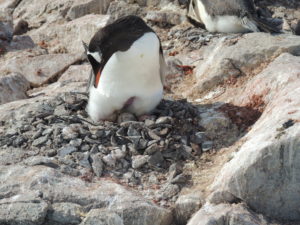 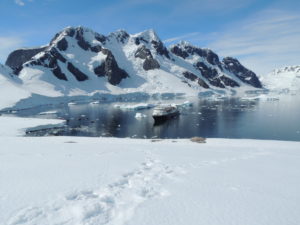 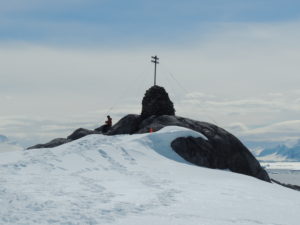 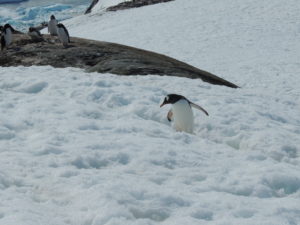 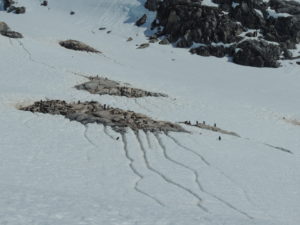 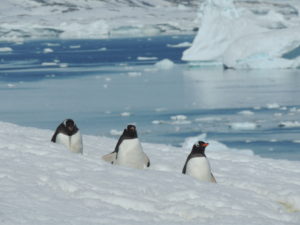 After lunch we ventured away from Antarctica a bit as National Geographic photographer Ken Garrett presented his current project about the ongoing search for Nefertiti. Ken has visited King Tut’s tomb numerous times and has taken several important photographs of Tut’s gilded death mask. Today Ken shared his experience with the search for the tomb of Nefertiti – and it is expected to be behind King Tut’s tomb. This was a nice break from the sensory overload of Antarctica and I am now on the hunt for Ken’s previous work with National Geographic. He’s heading out to photograph the next stage of the Nefertiti investigation later this month so keep an eye out for the finished product.

This afternoon, the Explorer ventured further south than she has been this season. The ice prevented us from landing at our original destination (a Ukrainian base) but we were able to travel the beautiful Lemaire Channel where we saw lots of Crabeater seals and even the elusive, and carnivorous, Leopard seal. 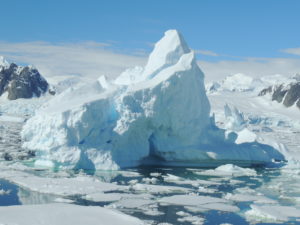 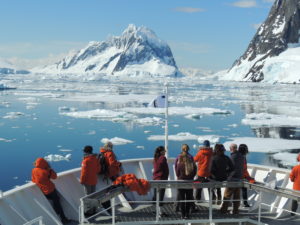 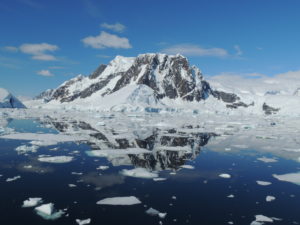 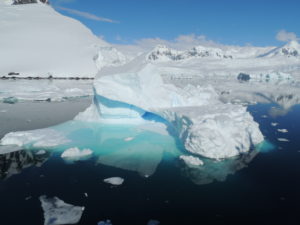 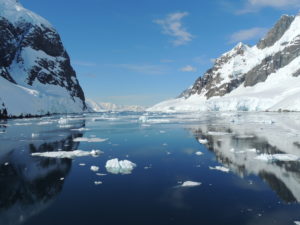 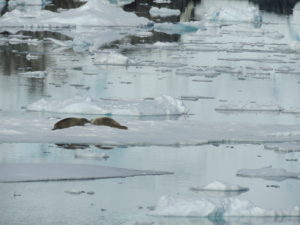 We then headed into the Lounge for another enlightening recap session with a presentation from Zach about the expedition through the dark Antarctic winter in search of an Emperor penguin egg as well as a presentation about the habits and traits of the Emperor penguin from Deirdre. Of course, these presentations were inspired by the rare Emperor penguin sighting yesterday. Paul also shared his dive footage from the shipwreck at Enterprise Island yesterday as we were kayaking (check out his Meet the Ocean podcast). The underwater world is a rainbow of interesting creatures. There were sponges, sea stars, anemones, and sea worms in addition to the shell and propeller of the 100 year old shipwreck. He also pointed out some whale bones as this was one of the last whaling vessels in the area.

The evening concluded with a lovely dinner conversation with a few of the guests and Steve, our photography instructor. We are now heading to Neko Harbor for another early start tomorrow morning.

*Note: This post was written while I was on my expedition, but was not posted until after my return so that I could include pictures and videos. Thanks for following my amazing journey!